See, this is another Drag Race challenge I would just fail.

“Who is your celebrity crush?” 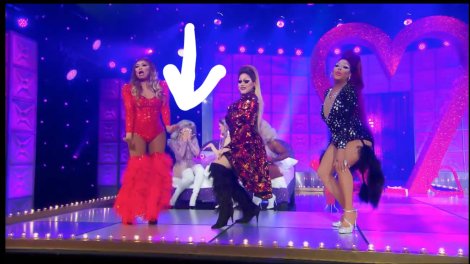 Let me preface right now, Cracker is not a bottom this week because she was rude to her teammates. Ironically, this sudden heel-turn toward obnoxious, which has seemingly divided her fans into people not liking her and people blaming the edit, actually won me over at first. After not giving us much in Season 10, Cracker finally decided to dip her toe in some drama, perpetually pissing off Ongina, Blair, Mayhem, and everyone else. And for awhile, I was really excited about this direction for Cracker.

But then the show just could not help itself. After it’s been clear Cracker has been pissing everyone off, we get a confrontation scene where Cracker instantly plays victim. As soon as it comes to Cracker’s attention that she’s being a monster, we get the most transparent attempt at looking sympathetic ever, with a canned confessional about how she’s suffering from anxiety. I particularly hate her apology to Ongina, as she still frames it around herself: not apologizing because she fucked up, but apologizing that she realizing messing with her wouldn’t help her in the game (implying that she would have if Ongina was a front runner). It just rings too much like Delta giving weepy confessionals about her weight to justify her attacks on Stacy, both in tone and lack of sincerity. 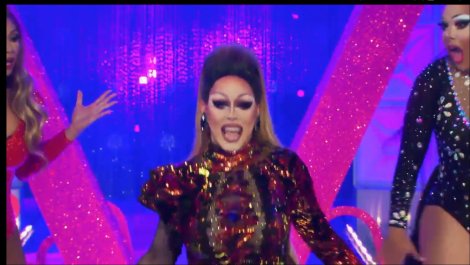 My worst fear for India has seemingly come true; with her sole reason for existing out of the way, India doesn’t have much of a reason to be here.

I did enjoy her runway, where she was serving “17-year-old ‘woke’ White girl giving a race presentation at her upper middle class high school.’ Because if I wanted any Drag Queen to give a meaningful bit of commentary of race… well, it would be Eureka, but India is up there. 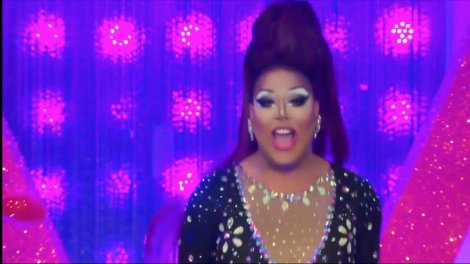 Another rather lowkey episode for Alexis, although we do get my favorite flavor of her: smiling asshole Alexis, where she hears Cracker calling herself a failure and Alexis fully agreeing.

Alexis has never not been one to kick a bitch when she’s down. 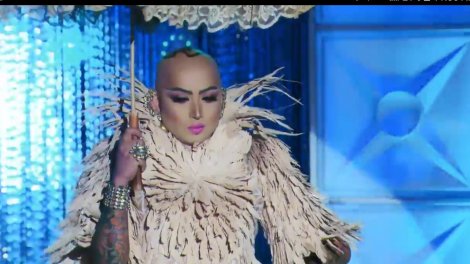 I… have no clue how to process All Stars 5 Ongina.

The Ongina on All Stars 5 experience is one of constant failure: doing badly in every challenge the show throws at her and being told by Cracker that she wishes she could eliminate her in the first episode. And unlike other predestined early boots like Soju or Kalorie, there isn’t even a lot of comedy to be drawn from this implicit inaptness. Ongina’s entire role is of massive failure, drama further punctuated by including confessionals about how hard she worked to get cast in the first place. And… I don’t know how to process that.

Honestly, Ongina just makes me uncomfortable. I’m ranking her this middle of the road because any lower would feel cruel to someone who didn’t realize what she was getting herself into, but any higher would feel like I’m endorsing this kind of vicious edit. And I’m not above reaping joy from someone failing on Drag Race (as demonstrated during Season 11), but there’s no humor or even nuance in All Stars 5 Ongina. At best, her entire point as a character in the larger scheme is being the first victim of Cracker’s dickhead turn, and that just feels like kicking a dog while it’s down. And if that’s the way the show was going to treat me, I would have voted myself out as well. 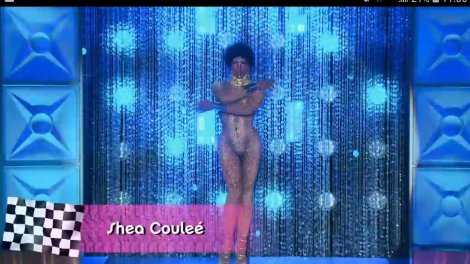 I totally buy Shea as a winner, but… that’s not why I watch the show?

The thing is, Shea has every right to be the winner of this season, and I much more prefer her than someone like Cracker, but she’s not why I watch Drag Race. Don’t get me wrong, I love an excellent fashion moment, and will sing praises of good performances during challenges when I feel it’s earned. Shea did both, and kudos to her. Shea could easily win this whole season and I would totally accept that.

She’s just not that fun to watch.

My main issue with someone like Shea is how undefined she is in the minutia of the cast. She’s talented, but like with Brooke and Gigi and other untouchable front-runners, she has little impact aside from being a generic straight man. The main drama of this episode, for example, was Shea being so much better than her team that both her teammates were in the bottom 3 and now had to eliminate one (drama further trivialized by Ongina effectively quitting). It’s conflict that’s inorganic and doesn’t speak to Shea as a character nor show any of her personality. 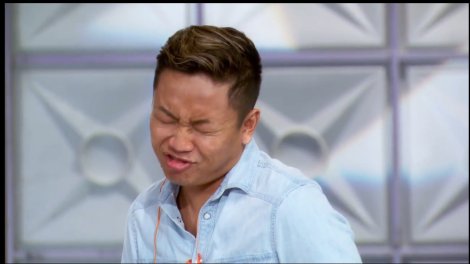 Like typical episodes with her, Jujubee was not a star of this episode, but rather a fun side-character. So far, Juju hasn’t exploded as much as a character as her reputation may have you believe, but that’s mostly because she’s not like that. Juju is more about giving small, cute moments every once and awhile, before side-swiping you with a melodramatic Untucked. Jujubee hasn’t reached her height of awesome yet, but… well, tick-tock, it’s coming. 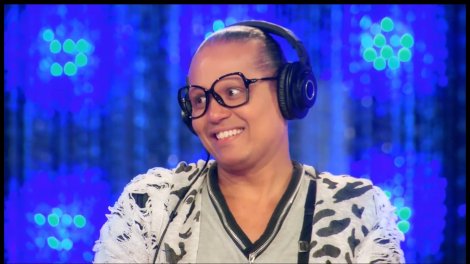 It’s great to see Mariah fully emerge back as the character she was in Season 3: a concerned Drag Mom for everyone else. Mariah has always been a touch different than your typical “Team Moms” you see on Drag Race, as it never stopped her from still delivery great quotes and vicious reads.

This episode was no different, featuring Mariah making classy but still scathing reads of both Blair and Cracker. And while still outwardly supportive of Ongina, her face above says it all. I hope Mariah sticks around longer, because I need more of this in my life.

After a lackluster premiere, holy shit did Mayhem come to fight.

Between the teams, Team Season 10 was by far the most entertaining, with Cracker pissing everyone off and Blair and Mayhem reacting appropriately. And while Mayhem was second to Blair for most of the main episode, she fucking reems into Cracker during Untucked. Easily 50% of Untucked is focused on everyone just over Cracker, and Mayhem lead the charge. Even after Cracker makes her emotional plea, Mayhem is still vicious in just calling out her big bag of bullshit, and it is amazing to watch.

Plus, props to her being one of the only two people to actually do the challenge correctly. The other person, of course, being… 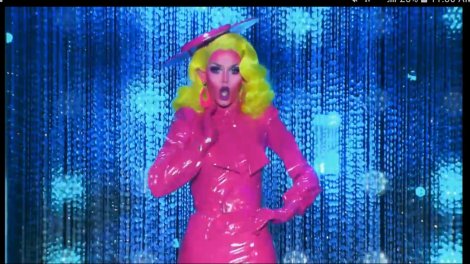 Before the premiere, I predicted that Blair was going to end up my pet favorite of the season, and I’m happy to report that I was right on the money.

As said above, Blair tag-teaming Cracker with Mayhem is the best part about the episode, and it’s great hearing these bitchy, confrontational remarks coming from someone like Blair.  But in addition to that magic, Blair continued to show domination by her awesome but amazingly off-theme runway and by having her crush be fucking Hannibal Lecter. Between that and her prison jumpsuit entrance look, Blair is giving me “crazy 20-something woman who wants to marry Charles Manson” realness, and I’m gonna be honest, I have not seen that Drag archetype yet, so points for originality.

Blair and Mayhem made this episode great, and are the obvious stand-outs among the main cast. But even they couldn’t compete with… 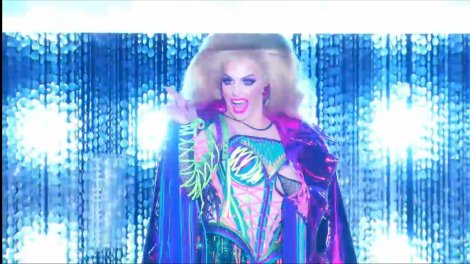 Now, as I said, I think the concept of a lip sync assassin is inherently flawed. It’s a no-win scenario: either the assassin wins and thus further trivializes the cast by implying they’re not real All Stars, or the contestant wins and trivializes the twist. It’s a terrible idea, and one I hope Drag Race abandons once we get the inevitable All Stars 6 (they won’t). But like most bad things about Drag Race, their is a silver lining.

We get to see Alyssa Edwards again!

While this totally confirms by fear that the assassin will often times steal the show, I can not be mad at it because not only is it with Alyssa, but Alyssa at arguably her finest. While 50% of the Untucked was devoted to the war on Cracker, the other half was given to this glamorous monster:  showing her both be a diva asshole to production staff and later acting as an angel to Ongina. Alyssa always knows how and when to play to the cameras, and we even see that in lip sync, where she gives an obvious half-assed performance because… I mean, why not? Not like she wins the 10k, she gets the appearance fee win or lose, so why try?

Always and forever, a true icon.

Next Time on RuPaul’s Drag Race All Stars!!!!! 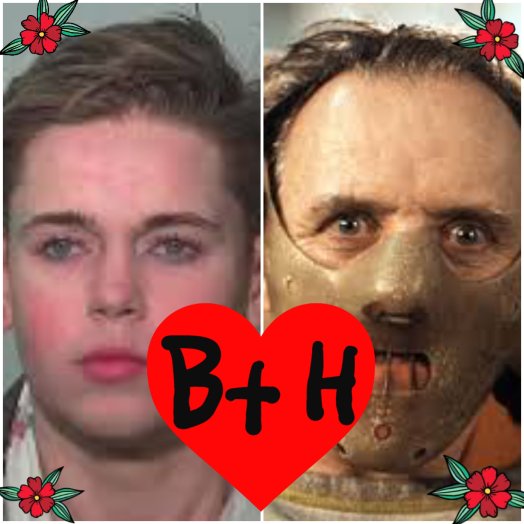 This works way too well.