Swear on the Leerdammer that you’re trustworthy, as Best Friend of the Podcast Gilles de Coster invites another ten candidates to join him in some challenges, this time in the Land of Bratwurst, Beer and Bavaria – Germany! As always, one of them has a second motive – to sabotage and restrict the pot as much as possible, whilst avoiding the searching gaze of both their fellow players and the public. Each week, two guys who are never loose with their advantage money – Logan & myself – are attempting to uncover the truth behind the lies and try and find out who will learn that it’s not Vlaanderen Vakantieland, and who we shouldn’t play board games with, continuing with this week’s elimination of Jasmien.

A new season also means a new predictions pool for me to lose at! In the first episode of the season, Logan & I each drafted four candidates. As I won last year’s Belgian pool (entirely by stealing Alina from Logan’s team), I get first draft. Our fan-favourite Switches also returned and could – as with WIDM – be used until final five becomes final four, which was this week! 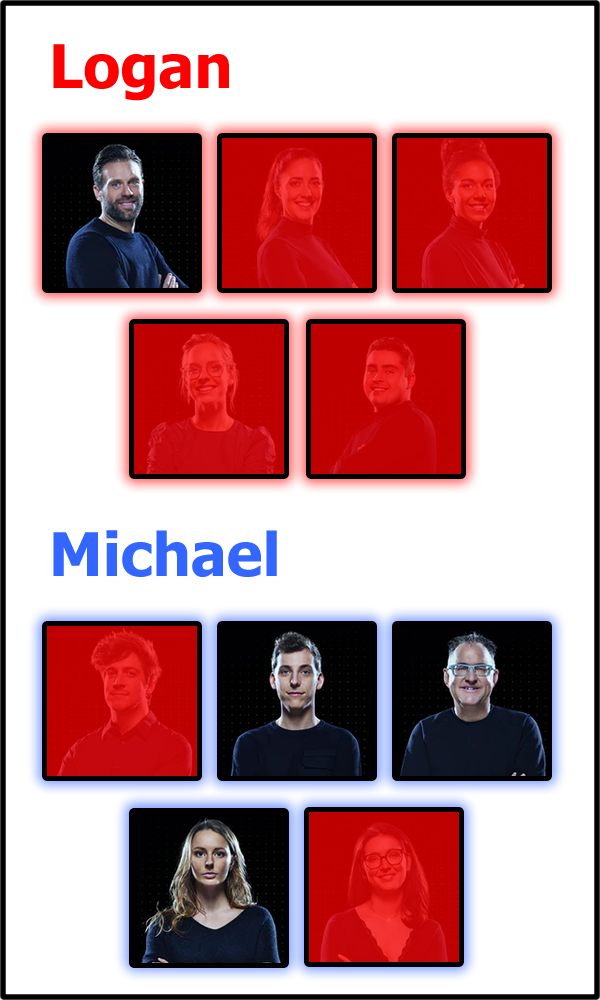 As Jasmien was eliminated, Logan’s team is now just Sven, and mine is Lennart, Philip & Annelotte.